Indianapolis, Indiana - For immediate release:
By their extreme nature, off-road endurance rallies are a unique adventure that can truly showcase the reliability and durability of a brand. Off-road rallies are a way to elevate sportsmanship and skill, while creating a rich motorsport story filled with adventure. LAP Motorsport’s 2019 mission is to conquer the DAKAR with a T2 production-based off road vehicle.

“My desire to race DAKAR goes as far back as I can remember.“ said Luis Perocarpi, “I just attended the 40th edition of the DAKAR rally in South American and realized it’s time to stop dreaming about it and make it a reality. We’ve been successful in everything else and it’s time to take on a new challenge.”

In preparation for 2019 DAKAR, LAP has set their immediate sights on several off-road cross country rally races for 2018. This year LAP Motorsports will field multiple T2 class production-based rally cars in various rally races in North America. Driven by their passion for racing, LAP will build, prep, and upgrade the rally car throughout the Sonora Rally, San Felipe 250, and Baja 500 events in an attempt to take on the DAKAR with an all-American team in 2019. 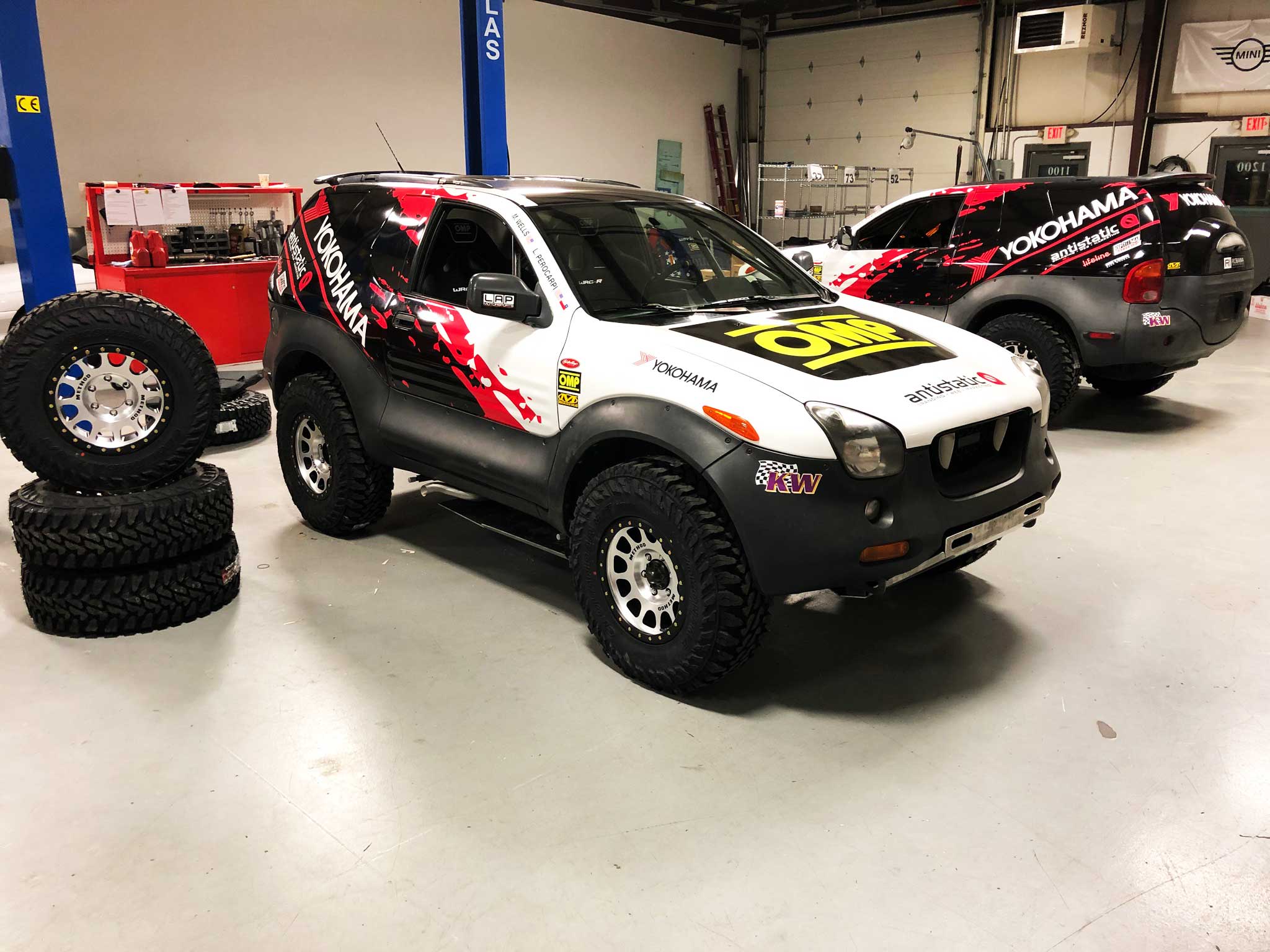 The T2 Class requires a production-based vehicle with FIA spec safety equipment and limited performance upgrades. Rising to the challenge, LAP’s cross country rally car is powered by a 3.5 liter V6 with a 4-wheel drive torque on demand powertrain capable of covering a 500 kilometer range.

LAP has been privileged to be a part of numerous teams throughout the years. Through these experiences and opportunities, LAP has gained expertise in off-road racing. They have been a part of the winning teams (in their class) in every SCORE International event since 2014. With this foundation, they are thrilled to tackle this new challenge on the road to DAKAR 2019.

For their upcoming 2018 season, LAP has been working hard to assemble a team of skilled and proficient members. LAP’s driver lineup consists of drivers Luis Perocarpi, Rob Ridgely, Mark Wells with additional driver announcements coming soon. They are excited to start this adventure with outstanding sponsors that will provide LAP the opportunity to move their vision from a dream to a reality. LAP is proud to partner with Yokohama Tire, KW Suspension, OMP, Optima Batteries, LifeLine, and Antistatic Design as they embark on this challenge.

LAP’s new adventure begins March 19 in Sonora, Mexico as they compete in the Sonora Rally presented by Yokohama Tire. In North America, the Sonora Rally is the most similar race to the famed DAKAR with scenic beaches, massive dunes, and desert terrain. To learn more about the Sonora rally visit: http://www.sonorarally.com